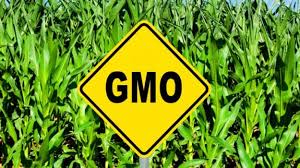 What are Genetically modified (GM) crops?

Arguments in favor of GM Crops:

The proponents, argue that the GM technologies have been around for about 15 years and they have been in use across the world including in countries such as Brazil and China. During a visit to India in March 2005, Norman Borlaug – widely regarded as the father of the Green Revolution – supported producing genetically modified (GM) food to eradicate hunger from the world. “It is better to die eating GM food instead of dying of hunger,” said the Nobel laureate, who passed away in 2009.

When crop yields become predictable, then the food supply becomes predictable at the same time. This gives us the ability to reduce the presence of food deserts around the world, providing a greater Population with a well-rounded nutritional opportunity that may not have existed in the past.

Genetic modifications do more than add pest resistance or weather resistance to GMO crops. The nutritional content of the crops can be altered as well, providing a denser nutritional profile than what previous generations were able to enjoy. This means people in the future could gain the same nutrition from lower levels of food consumption. The UN Food and Agricultural Organization notes that rice, genetically modified to produce high levels of Vitamin A, have helped to reduce global vitamin deficiencies.

3. Genetically modified foods can have a longer shelf life.

Instead of relying on preservatives to maintain food freshness while it sits on a shelf, genetically modified foods make it possible to extend food life by enhancing the natural qualities of the food itself. According to Environmental Nutrition, certain preservatives are associated with a higher carcinogen, heart disease, and allergy risk.

Through a process called “pharming,” it is possible to produce certain proteins and vaccines, along with other pharmaceutical goods, thanks to the use of genetic modifications. This practice offers cheaper methods of improving personal health and could change how certain medications are provided to patients in the future. Imagine being able to eat your dinner to get a tetanus booster instead of receiving a shot in the arm – that’s the future of this technology.

1. GMO crops may cause antibiotic resistance.

Iowa State University research shows that when crops are modified to include antibiotics and other items that kill germs and pests, it reduces the effectiveness of an antibiotic or other medication when it is needed in the traditional sense. Because the food contains trace amounts of the antibiotic when consumed, any organisms that would be affected by a prescription antibiotic have built an immunity to it, which can cause an illness to be more difficult to cure.

Crops that are genetically modified will create seeds that are genetically modified. Cross-pollination is possible between GMO crops and non-GMO crops as well, even when specified farming practices are followed. Because many of the crops and seeds that produce GMO crops are patented, farmers that aren’t even involved in growing these foods are subjected to a higher level of legal liability. Farmers that do grow GMO crops could also face liabilities for letting seeds go to other fields or allowing cross-pollination to occur.

Crops share fields with other plants, including weeds. Genetic migrations are known to occur. What happens when the genes from an herbicide-resistant crop get into the weeds it is designed to kill? Interactions at the cellular level could create unforeseen complications to future crop growth where even the benefits of genetically modified foods may not outweigh the problems that they cause. One example: dozens of weed species are already resistant to atrazine.

4. Independent research is not allowed.

6 companies control most of the genetically modified food market at the core level. Because most GMO food are made from corn, wheat, or soybeans, even food manufacturers that use these crops are at the mercy of the manufacturer’s preferences. Over 50% of the seed producers that have created the GMO food market prohibit any independent research on the final crops as an effort to protect their profits.