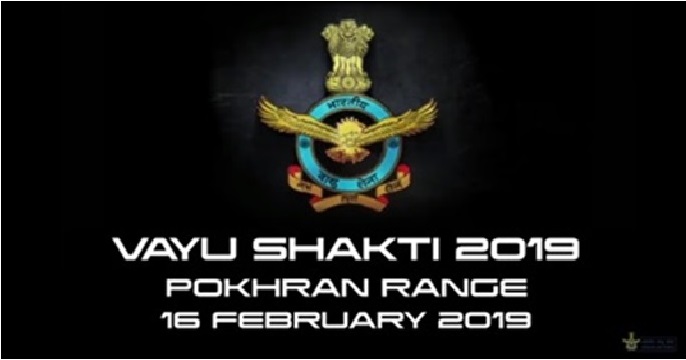 2. The aim of the exercise is to detect and identify targets and neutralise them in the day, dusk and night capability demonstrations.

3. It is conducted once in three years which is participated by fighters, helicopters, force enablers and support systems. The Indian Air Force showcased repower capability of indigenously developed platforms like Light Combat Aircraft(LCA) Tejas, Advanced light helicopter(ALH) and efficacy of Akash Surface-to-Air missile and Astra air-to-air missile. For the first time, the ALH and the Akash were deployed in a military exercise.

4. Vayu Shakti and Gagan Shakti are the two important exercised conducted by Indian Air Force. Gagan Shakti is the biggest military exercise undertaken by India to showcase its strength over the entire Indian Ocean region.