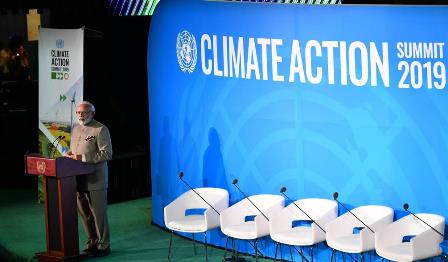 UN Climate Action Summit 2019 was held in NewYork, USA and its theme was "A Race We Can Win". Several world leaders addressed the summit and Indian Prime Minister Narendra Modi also spoke on climate change and how India is tackling the issue.

In order to ensure that the transformative actions in the real economy are as impactful as possible, the Secretary-General has prioritized the following action portfolios, which are recognized as having high potential to curb greenhouse gas emissions and increased global action on adaptation and resilience.