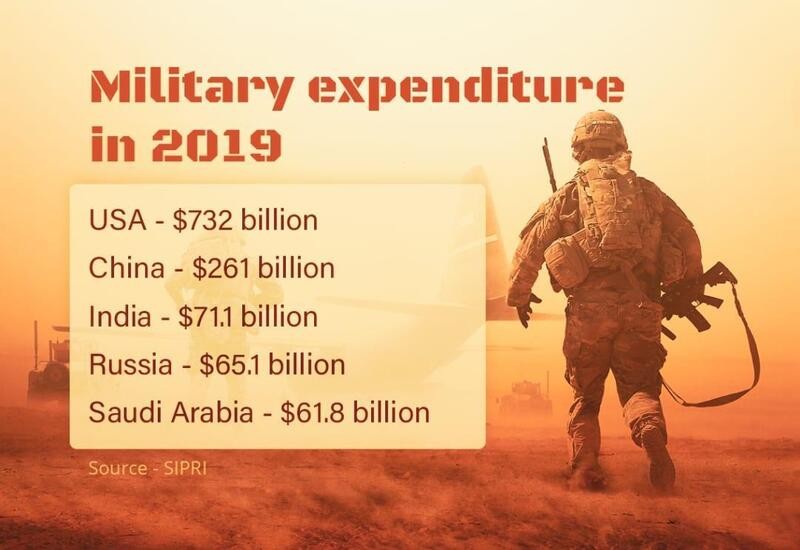 Recently International Research Institute 'Stockholm International Peace Research Institute (SIPRI)', released the ‘Trends in World Military Expenditure, 2019’ report and ranked India as the 3rd largest military spender in the world. The year 2019 has seen an increase of 3.8% in the total global military expenditure compared to the year 2018, which is the highest ever since 2010.